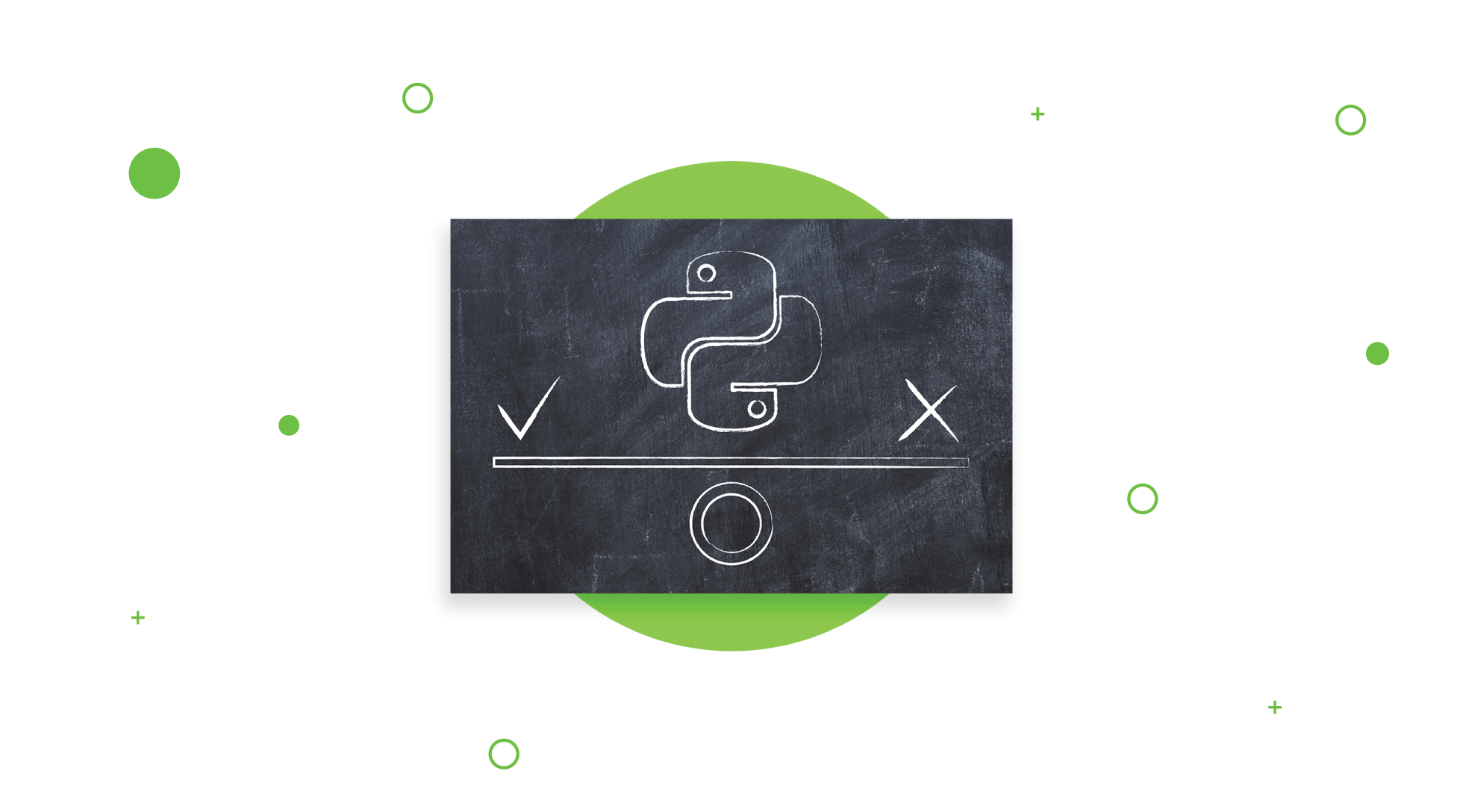 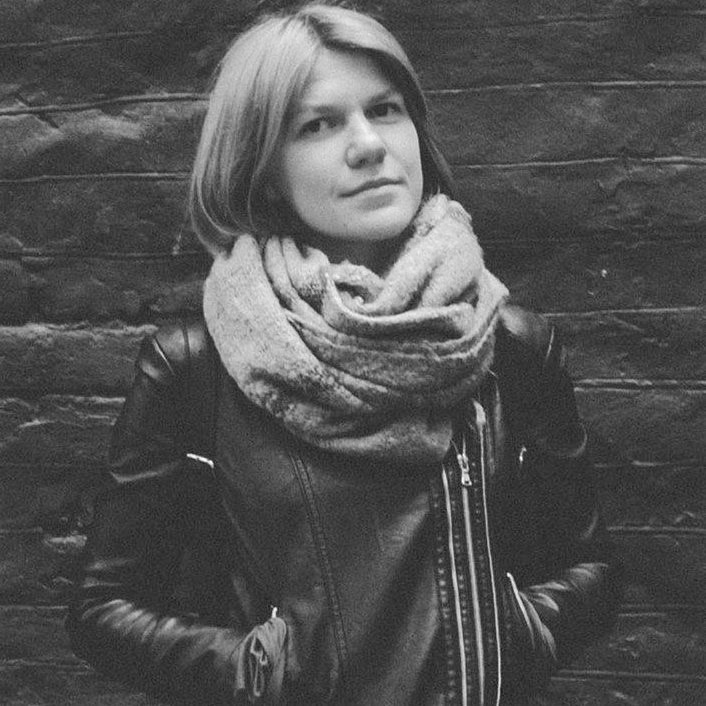 Did you know that Python was named after Monty Python?

One of the world’s most popular coding languages, Python was first conceptualized in the late ’80s, influenced by the ABC and Modula-3 languages. It has come a long way from its first release in 1991 to the 2.0 release when it became an open-source project, and to this day it is gathering a huge, professional community that is constantly improving the technology.

Some of the top companies use Python in their technology stacks:

Python suits a variety of web projects, from simple to complex. It is widely used in different spheres such as travel, healthcare, transportation, finance, and many others for web development and software testing, scripting, and generation.

Python’s popularity has to do with the various benefits it offers, like the simplicity and elegance that attract big companies including Dropbox, Instagram, and Spotify. However, while there are many advantages to using Python for web development, there are also a few pitfalls. Let’s check them out.

Pros: Why Use Python for Web Development?

Easy to Use and Read

There are several factors that simplify the use of Python for web development:

Python is incredibly easy to read, so developers typically have no problems understanding code written by their fellow programmers. This makes the communication between developers working on the same project much more efficient. And the job is even easier thanks to convinient IDE for Python development.

It doesn’t take much effort to write and maintain asynchronous code using Python since there are no deadlocks or research contention or any other confusing issues. Each unit of such code runs separately, allowing you to handle various situations and problems faster.

Compared to other coding languages, such as Java, Python has a less-limited programming approach. It has multiple paradigms and can support a multitude of programming styles, including procedural, object-oriented, and functional ones. This makes Python a great language for startups since you might need to change your approach at any given moment.

Here’s what it gives you:

Python is a popular choice for enterprise software applications, largely thanks to its smooth integration with other languages traditionally used in enterprise development, such as Java, PHP, and .NET.

Python calls from and to Java, C++ or C code directly allowing considerable process control and implementation of the most common protocols and data formats.

Apart from this, it can be applied to assembling new and old fragments of infrastructure, which is a typical case in complex mobile applications.

Another good thing about Python is that it has many frameworks that simplify the development process. Depending on what you’re doing, you may need different frameworks.

Let’s take a look at the most well-known Python frameworks.

Its Use In Scientific and Numeric Applications

There are a variety of packages and libraries available for developing scientific and numeric applications, as well as toolkits (e.g., VTK 3D and MayaVi), a separate imaging library, and many other tools. The most commonly used ones are:

Use In Machine Learning and AI

Machine learning (ML) and artificial intelligence (AI) technologies are gaining increasingly more attention, so more developers are trying to incorporate them into various projects. This is possible if you use the right language.

According to Jean Francois Puget, a representative of IBM’s machine learning department, Python is the top language for ML and AI projects, and many developers agree. Python has efficient ML packages, tools for visualizing results, and goes way beyond data analysis and other features that benefit this area of application.

Thanks to its strong integration with C, C++, and Java, Python can come in handy for application scripting. Designed to be embeddable from the very beginning, it can be very useful for customizing large apps and making extensions for them.

Python is used in test automation. Many QA automation specialists choose Python for its simple learning curve – it’s also great for those with a more limited technical background –  strong community, clear syntax, and readability. Python even has an easy-to-use unit-testing frameworks (e.g., you can perform geolocation testing for mobile applications with it).

Creating prototypes in Python has proven to be a fast and simple process. The agility of the programming language allows for easy code refactoring and quick development of the initial prototype into the final product.

Python has an open-source license that makes it easily accessible to users and facilitates redistribution and unrestricted modifications. Developers can freely use the language and contribute to its improvement.

One of the pros of using Python for server-side scripting is its simple syntax, as mentioned above, which speeds up the process significantly. The code consists of functional modules and connections between them, which allows you to execute the program algorithm based on user actions. Python also supports the graphical user interfaces required in web development.

Python has decent capabilities for dynamic semantics and fast prototyping, which is possible thanks to its interactivity and portability. It can easily be embedded in a wide range of apps, even ones that use different coding languages. Consequently, you can effortlessly fix new modules and extend Python’s core vocabulary. It can connect diverse components. No wonder it’s sometimes called a “glue language”.

The Cons of Using Python for Web Applications

Despite Python’s advantages, it also has downsides you should keep in mind if you’re considering using this language for your project.

When you need to have an app created for you, you certainly want the most experienced developers to do the job. However, it’s not so simple with Python, since not many expert programmers are working with this language, especially when you compare it to Java.

Multiprocessing is an important part of writing an application. Python does support multiprocessing, although it might not be as flexible or convenient as other languages. This can create certain limitations when you’re writing the code.

Python is often criticized for its speed. It is an interpreted script language, which makes it relatively slower than a lot of its compiled counterparts, such as C/C++ or Java, due to the different methods it uses to translate code. Yet, some Python benchmarks work faster than those of C and C++.

That being said, Python is not the only one with potential speed problems. Ruby, Perl, and even JavaScript are on the slower end of the scale as well.

Some issues connected to speed have been addressed and optimized, so Python remains one of the top choices of software development teams.

Not the Go-To Language for Mobile App Development

Not Ideal for Memory-Intensive Tasks

Python is a language known for the flexibility of its data types. This results in fairly high memory consumption and makes it inconvenient to use for memory-intensive tasks.

Python is dynamically typed, meaning that it executes certain tasks during app runtime that would otherwise be completed in a statically typed language. This puts some restrictions on the design. If your design is loaded with elements, it might stall the program and prevent smooth operation.

Another thing you should be aware of when considering Python for your project is that concurrency and parallelism aren’t intended for elegant use in Python. Because of that, the design might not look as sophisticated as you’d like.

Python allows you to develop clear and simple applications that are easy to get from a small project to a full-fledged, complex app. Whether you’re a newbie programmer learning how to code or an owner of your business, Python can be a good option for many types of projects.

It’s recognized as one of the best programming languages for startups – and it’s easy to see why when you compare side-by-side Python’s advantages and what startups are all about. Startups are constantly searching for certainty and reduced risks, they have limited resources, and need room to grow. On the other hand, Python is flexible and easy to scale, doesn’t require a big team, and can be used to build prototypes and MVPs.

Django Stars, a Python web development company, has been using the language for many years. We’ve completed various complex projects and have a number of successful examples in spheres such as e-commerce, real estate, and finance. These include:

A global booking platform for drivers with the
widest selection of liveboards, dive resorts, and
dive centers worldwide.

The first indenpendent provider of personalized
financial advice on mortgage and insurance
products in Switzerland.

So, whichever sphere you work in, Python is worth your attention. It offers simple solutions without unnecessary details, saves time, and ensures a high level of security.

Python is used and trusted by many renowned companies. Some of the largest and most trusted global firms use Python as their main coding language, along with the Django platform. Instagram, Pinterest, Bitbucket, and Dropbox are a few examples of companies that go for Python web development services.

11130
Why Python is the Best Programming Language for a Startup
Choosing the right programming language for your startup is not an easy decision, considering the huge variety of available options. And it’s not enough to choose one just because it’s more popular, an experienced developer recommended it or a friend claimed it’s the best of the best. The choice of a programming language, especially for a startup, should be wise and based on sound reasons. But why is it so...

47281
What Is the Best IDE for Python Development?
There is no better way to build in Python than by using an IDE (Integrated Development Environment). They not only make your work much easier as well as logical; they also enhance the coding experience and efficiency. Sure, everyone knows this. However, the problem is, how do you pick the best environment for Python development when there are so many options? This often becomes an issue that beginner developers have...

12535
How to Build a Unique Technology for Your Fintech Product with Python
Fintech is a maze. It’s a thrilling and extremely complex industry for software development. There are state level regulations, integrations with different services and institutions, bank API connections, etc. to deal with. Another challenge is the high level of trust from the end users required to run finance, mortgages, investments and such. These, in turn, require the highest level of security, functionality, and correspondence with requirements. What I’m trying to...
Thank you for subscribing to our newsletter!